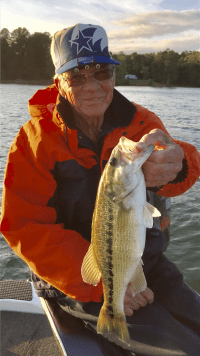 Charles Edward Woody, 83, of Dawsonville passed away Friday September 22, 2017 at his residence following a period of declining health.

Born September 12, 1934 in Hall County to the late Van and Kate Woody, he lived the last 50 years in Dawson County. He was a member of Liberty Baptist Church, United States Air Force veteran and an avid fisherman. He retired from Mark Heard Fuel Company with over 20 years of service. He was also preceded in death by his siblings Norma Lee, Ruth, Ettoulene, Kathleen, Cleo, Walter, Marvin, John C., David, Goldie, and Theo.

The family will receive friends Saturday September 23 from 4 p.m. until 8 p.m. at the funeral home.
In lieu of flowers donations may be made to Hospice of Notheast Georgia Medical Center. www.nghs.com/make-a-donation
Condolences may be expressed at www.beardenfuneralhome.com
Bearden Funeral Home, Dawsonville, GA.