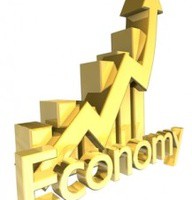 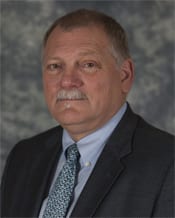 DAWSONVILLE Ga. – The economic doldrums of the past 10 years appear to be over in Dawson County.

Charlie Auvermann, executive director of the Development Authority of Dawson County, says the 400 corridor is bustling with new business development, jobs are available for anyone who wants to work and sales tax revenue has experienced a dramatic uptick during the first quarter of 2017

The most recent figures show the unemployment has dropped to just 4 percent, the lowest level since the recession began in 2007.

The strong need for workers, particularly in both the retail and construction sectors has driven the unemployment rate down dramatically.

“With all of the new businesses opening in Dawson County and commercial and residential construction returning, the number of job openings has exploded,” he added.

Basic sales tax revenue is up almost 9 percent for the first quarter, which is typically the slowest quarter of the year because it comes right after the Christmas holiday.

“These numbers suggest we are a very vibrant economy,” Auvermann said in a press release this week.

March LOST/SPLOST collections alone are up 8.35 percent over March 2016. The combined collection was $1.14 million in March. February saw an increase of 8.4% and January was 9.47% better than last year. The March collections were the highest since 2009 and the second highest in the last decade.

The total LOST/SPLOST tax collections for the first three months of 2017 were just over $3.05 million and that does not include the education local option sales tax revenue which is reported separately.

“These LOST and SPLOST increases are important for our county,” Auvermann said. “The LOST funds help pay county salaries, keep the lights on and pay for a host of services provided to our citizens. The SPLOST funds help build roads, bridges and new buildings.”

The Authority has done studies that indicate most of the SPLOST and LOST taxes collected are from shoppers who live outside the county. At the same time, with all the new stores opening in Dawson County, local shoppers can spend their dollars at home instead of traveling to Hall and Forsyth counties.