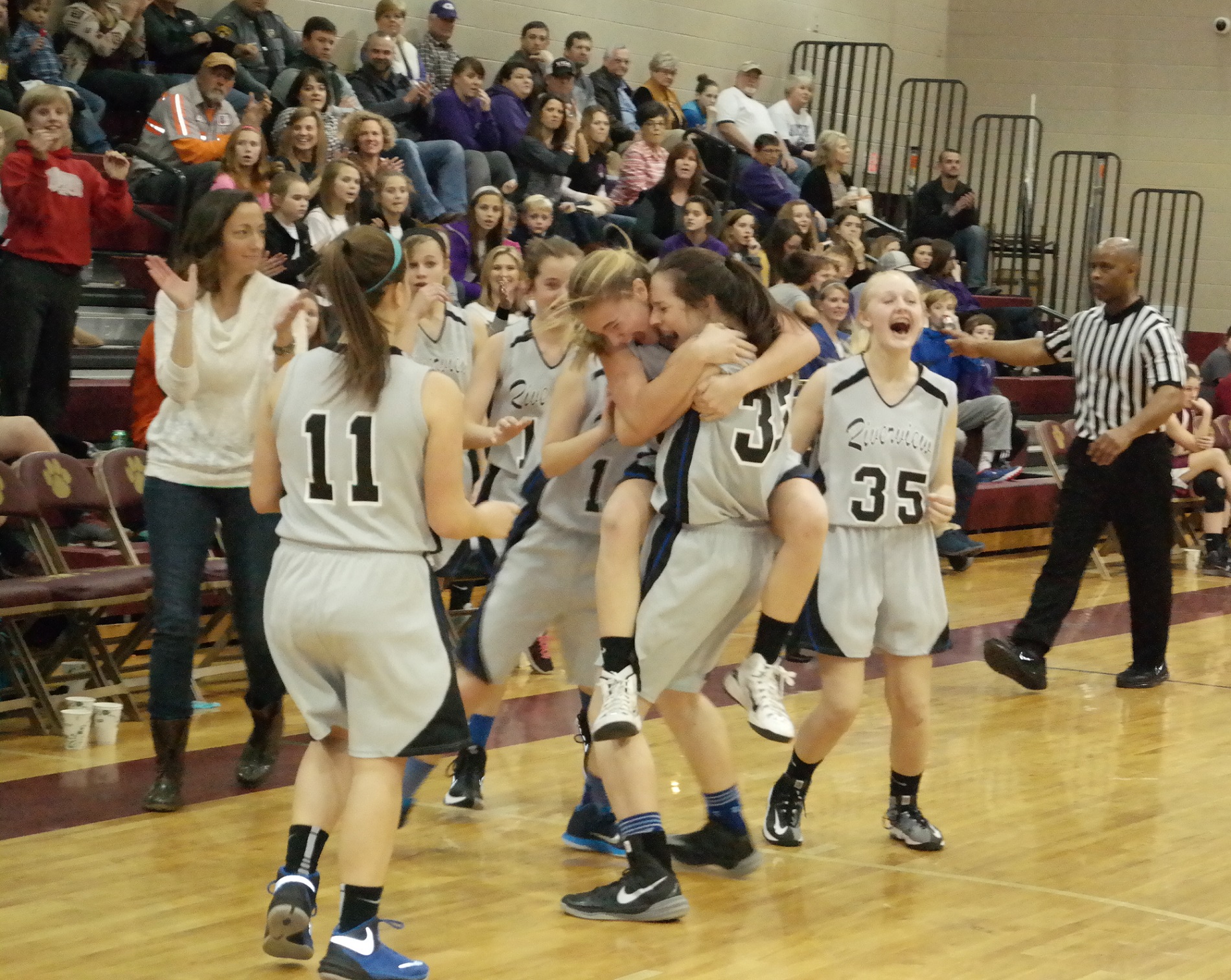 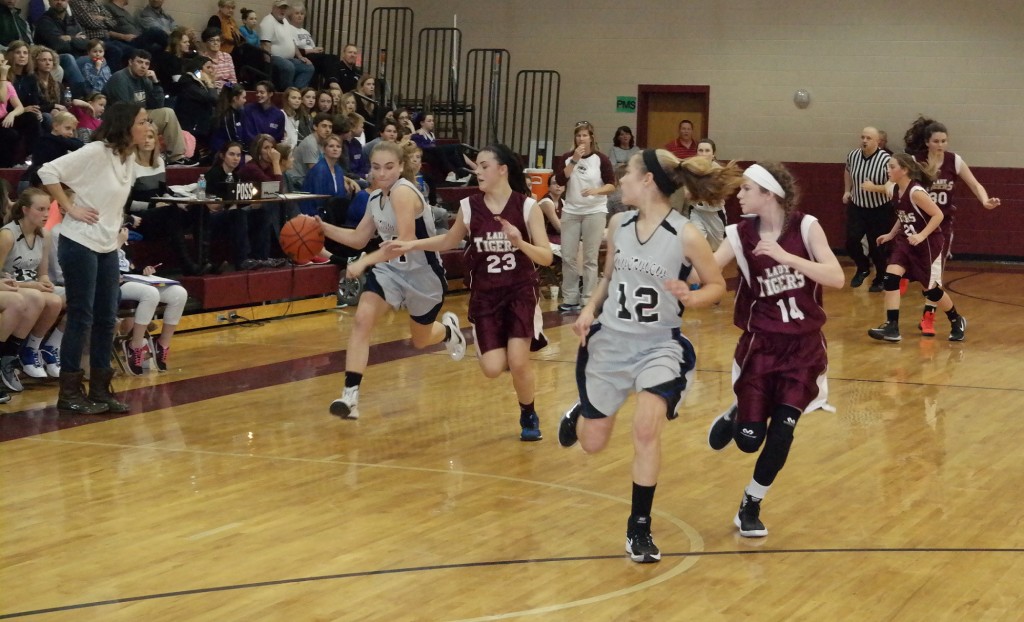 The Lady Eagles took control early, soaring to an 11-0 lead by the end of the first quarter. Dawson finally generated some offense in the second quarter, but thanks to a widespread rebound effort by Riverview, the Lady Tigers trailed 17-6 at halftime.

Dawson matched Riverview point-for-point in the third quarter, but failed to build further momentum to cut into the deficit. The Lady Tigers started piecing together a comeback in the fourth quarter, but were unable to clip the Lady Eagles enough to finish out the surge and RMS seized the 31-24 victory. 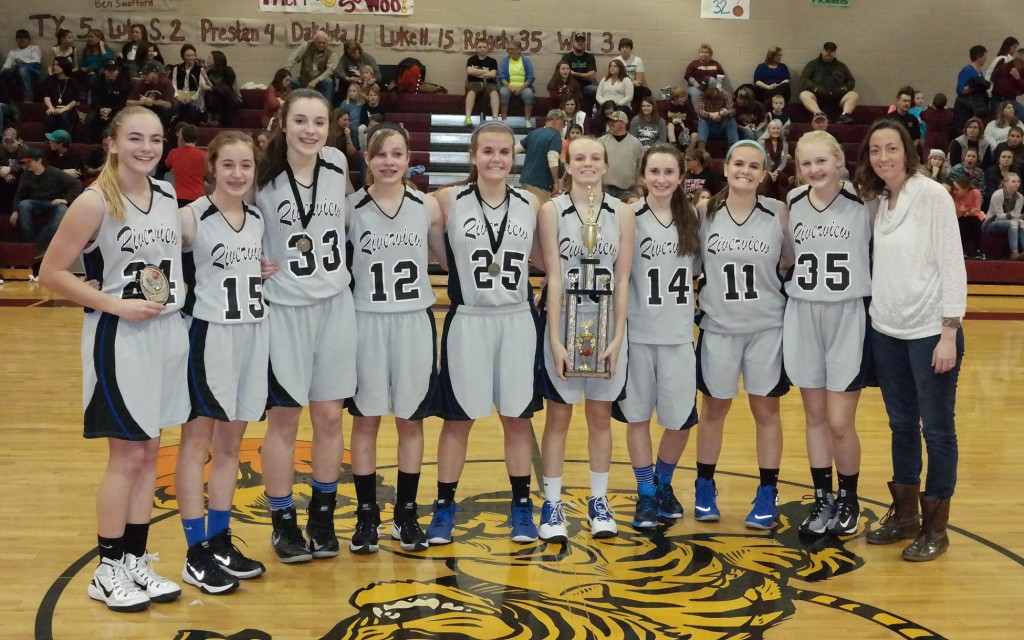 “I have to say, this has been one of the best seasons,” said Riverview head coach Natasha Beary. “The girls have worked so hard. It was great to come play against our fellow teammates, Dawson. They were nervous, but the girls pulled it together and they came out with a win. Both teams worked hard and gave it everything they had. They put it all together at the end.” 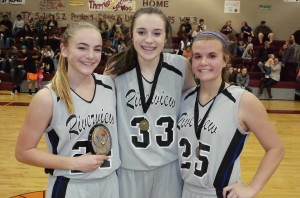 After the Riverview/Dawson game, the Lady Eagles recognized Chloe Bennett (left) as their Tournament MVP, Roxie Fricton (center) as their All-Tournament Selection and Piper Wright (right) as their Academic Award recipient. (Photo by: Kevin Hensley) 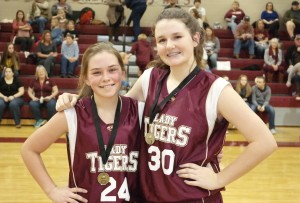 After the Riverview/Dawson game, the Lady Tigers recognized Maddie Grant (left) as their Academic Award recipient and Marlie Townley (right) as their All-Tournament selection. (Photo by: Kevin Hensley) 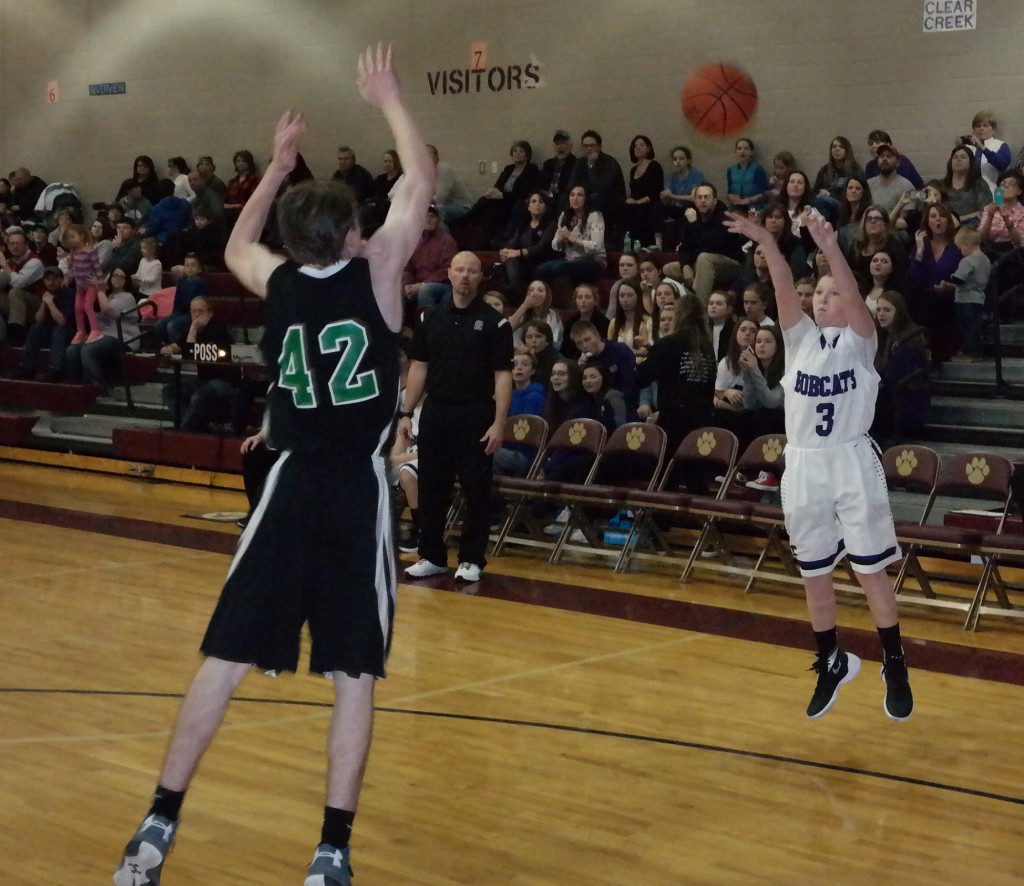 As always, a Gilmer County versus Pickens County sporting event turned out to be fiercely competitive.

In the case of Clear Creek, they battled the Dragons throughout the first half. Thanks to a strong rebound performance from both teams, the Cats only led 6-5 at the end of the first period. T.C. Jarrett then landed a three with 45 seconds remaining before halftime that cut the CCMS lead to 11-10. However, C.J. Streicher landed a shot before the buzzer that put the Bobcats halftime lead at 13-10.

PCMS struggled to find the basket in the third quarter, giving Clear Creek the chance to open up a 20-10 lead. Zach Tetterton finally secured the lone Dragons bucket of the period at the 48-second mark, leaving the Bobcats advantage at 20-12 at the start of the fourth quarter.

Both offenses exploded in the fourth quarter, which allowed CCMS to hold off a 12-point Pickens fourth quarter and clinch the championship with a 35-24 victory. 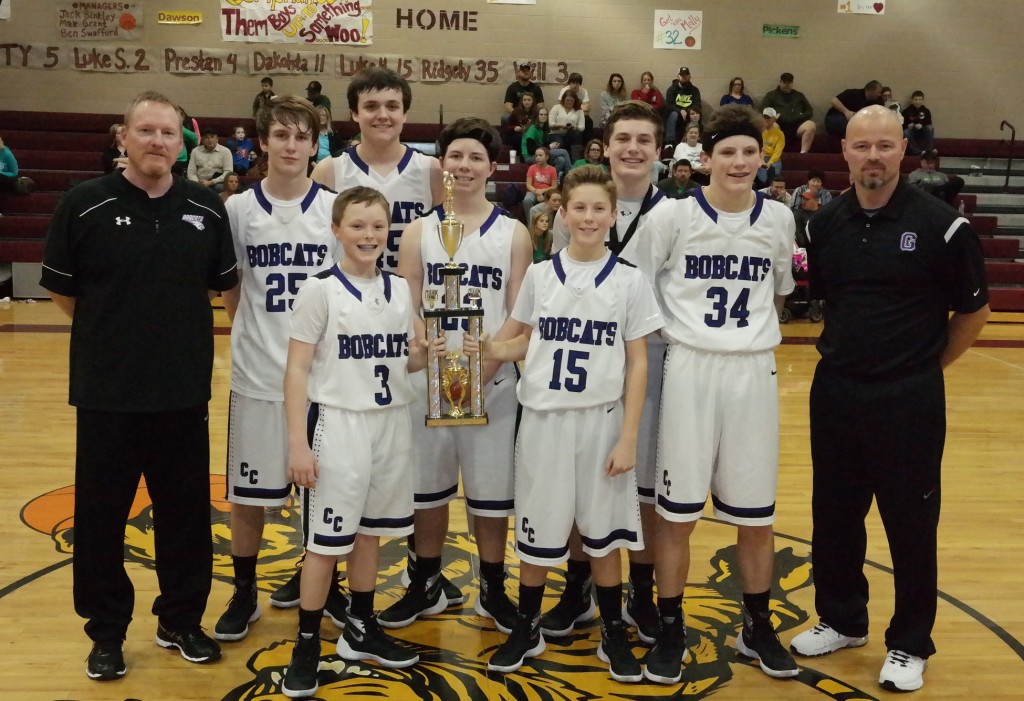 “The boys absolutely get all the credit,” said CCMS coach Michael Crocker. “Their games have expanded. I think, on their own, they want to be multi-faceted. But then there’s discipline and key concepts … I couldn’t be prouder of them.” 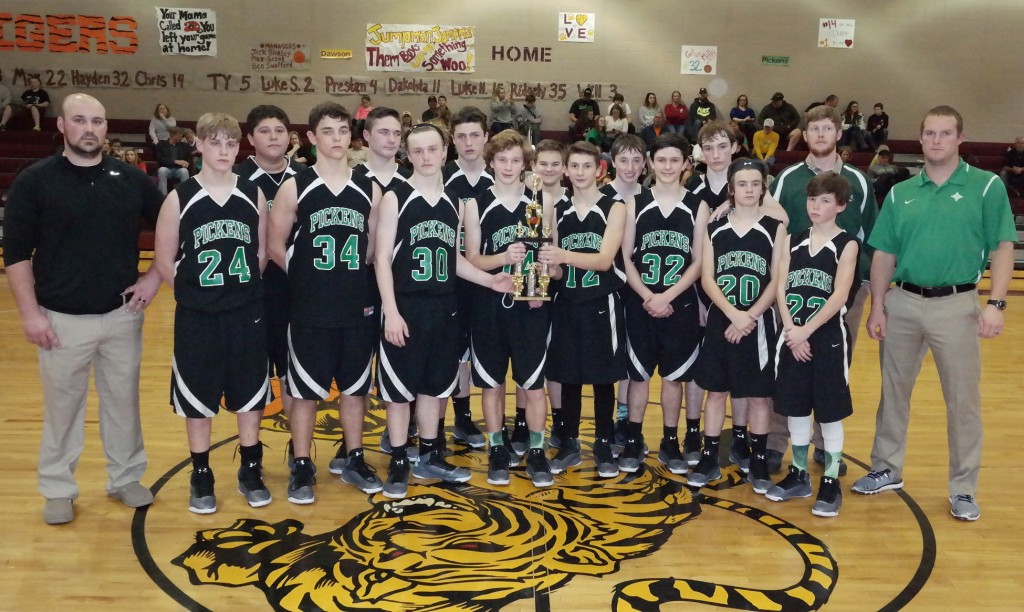 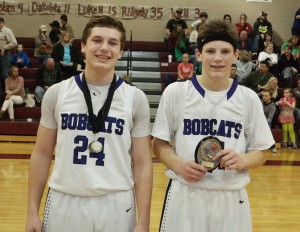 After the Clear Creek/Pickens game, the Bobcats recognized C.J. Streicher (left) as both their Academic Award recipient and All-Tournament selection and Connor Thompson (right) as their Tournament MVP. (Photo by: Kevin Hensley) 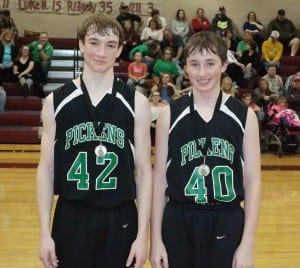 After the Clear Creek/Pickens game, the Dragons recognized Hayes Pickett (left) as their All-Tournament selection and Colby James (right) as their Academic Award recipient. (Photo by: Kevin Hensley)

Kendall Martin: One rebound, one steal.