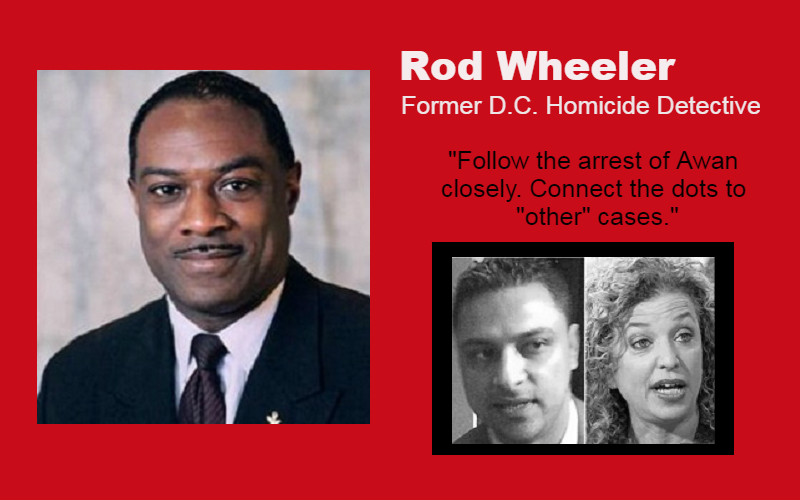 Former D.C. Homicide Detective, Rod Wheeler, connects the dots in the Imran Awan case. Wheeler says that Awan is a little fish in a big pond. He went on to say that he could possibly be our “DNC Russian Hacker.” Wheeler tells our viewers to watch in the coming weeks for search warrants and arrests related to this case. Imran Awan was arrested at Dulles International Airport while trying to flee the country. Awan was on Congresswoman and former DNC Chair Wasserman Schults’ payroll up until last Friday. Detective Wheeler said that Imran Awan had the highest level of security clearance and worked for several Democrat Congressmen. He also had full access to the DNC server. The DNC has yet to turn the server over to the FBI and makes their own claim that it was Russian hacking that exposed 60,000 emails. Could this be tied to the Seth Rich murder? Real news that the liberal media refuses to run.