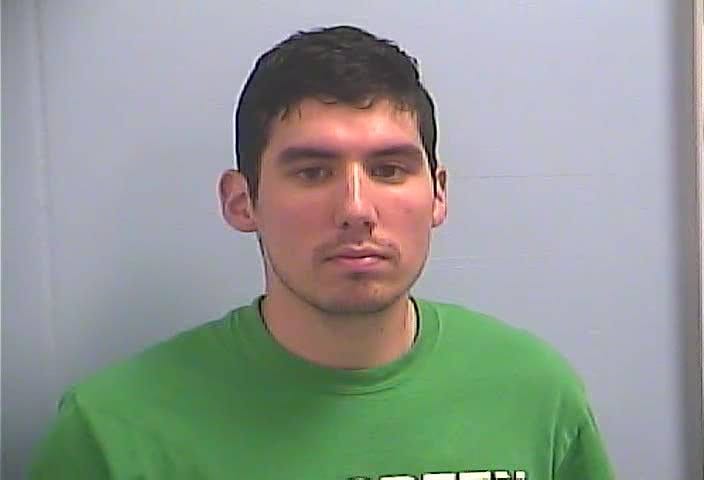 DAWSONVILLE, Ga. – One day after Fetch Your News published an article alleging that a former Dawson County Sheriff’s Office detention officer carried on a romantic relationship with a female prisoner, Luciano Pablo Betancourt was arrested and charged with violation of his oath of office.

Betancourt, who resigned in lieu of termination on Aug. 14, has been placed in the same Dawson County Detention Center where he once guarded prisoners. He could face up to five years behind bars.

In an exclusive interview with Fetch Your News, April Finnegan, 31, said last week that during her incarceration in the detention center, Betancourt “kissed her, put his hand inside her shirt and asked her to send him nude photos of herself.”

Finnegan, who was serving a three-month sentence on probation violation and drug possession was released on July 3. She said she did not report the incident because she had become attracted to the guard.

“I’m not trying to get him into trouble, even now,” she told Fetch Your News. “Everybody in my dorm could tell. Everybody knew what was going on. One of the girls in my dorm even asked him jokingly, ‘Hey Betancourt can you two get married while she’s incarcerated.’”

Georgia law doesn’t take into account whether sex acts between a prison guard and an inmate are consensual, because guards have inherent authority over prisoners. Congress in 2003 passed the Prison Rape Elimination Act, which calls for corrections systems to have a zero-tolerance policy on prison rape.

Sheriff Jeff Johnson told the local newspaper Tuesday that Betancourt’s arrest follows an internal affairs investigation. But Finnegan said she was never questioned by anyone from internal affairs.

The reprimand states, “Officer Betancourt had spent time with 2 females in (cell) E-4 every shift he had worked between the dates of June 29 and July15. Betancourt would stop and spend two minutes talking with the 2 females, had the females out cleaning the showers in their whites (shirt and underwear) and remained in the pod while they were off camera in the shower. Betancourt remained at the table nearest the shower where he had full visual contact with the inmates. Thus far, there has been no allegation made by the inmates and Betancourt expresses he does understand the potential for accusations from these behaviors.”